I first heard about The Gambia when a friend invited me to a meeting where the work of the humanitarian organization Charity Pearl The Gambia was presented. Before that I have never even thought that I will be going to Africa in the near future. At the meeting, I was intrigued by the stories of volunteers who have already been in The Gambia and they were the reason I started to think more seriously to attain this experience myself as well. The already smoothly running process of getting the documentation – which might have diverted me by itself, if I would have tackled that issue alone -definitely helped my final decision.

So we set out to Gambia on the 15thof September, together with Jan and Nina. Our common wish was, besides volunteering and helping the kids, to visit as much other interesting places of Gambia as possible. Already after two days we could start making a solid picture about their way of life. We already traveled with a ferry, which was an experience by itself, ate with the locals, participated in the village celebration and drove to the island Kunta Kinteh, where you learn very cruel details about exporting slaves to America.

About a week has passed until I got used to the new environment. In that time I was always coming across things that fascinated me, but at the same time they felt ordinary after a few days. In accordance with that, the feeling of homeliness came unusually soon. Musa, who is a founder of humanitarian organization Charity Pearl The Gambia, was with us all the time and brought us very fast into the genuine Gambian environment, which a lot of tourist in Gambia do not experience.

First two weeks we were spending our time on the yard of a family close to the school, because the latter did not open yet. We taught children from the neighborhood, mostly individually, because their current knowledge differed very much (from writing numbers to 10, to multiplication and addition of multi-digit numbers). Every day the same 15 to 20 kids came to the school and on to which we grew very much attached. They gave us the energy, which we were lacking sometimes, with their eagerness for knowledge and joyfulness.

The last two weeks we were teaching in a school where we helped mostly in classes where the kids already knew the basics of English. It is quite hard to teach in classes because the knowledge of the individuals is very different. That is why we mostly worked in the same class so we could also – besides the group teaching – helped and taught the individuals who stood out with their knowledge. We spent the afternoons at the pool, the weekends on trips on the fishing shores and seeing crocodiles and snakes. Individual evenings were also spent on the beaches, bars or local clubs.

Volunteering in Gambia was for me a very interesting experience. My conclusion is that if I would have gone alone, I would see a lot less and spend much more money, but in this case, you are thrown directly into the authentic Gambian life without any kind of stress or fear at adapting to a completely different environment. 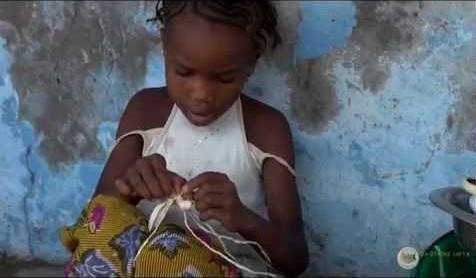